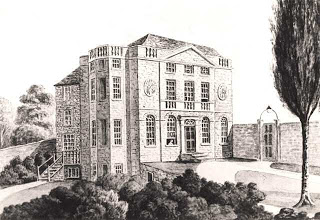 The original Brunswick House building dates back to the mid seventeenth century and was purchased by Richard Dawson in 1737 and extended in 1758 on freehold land owned by the family. Building work on the three-storey mansion that was then named Belmont House began in 1758. Panelled rooms with large windows looked out over the Thames, and on the opposite side a first-floor balcony over the Oval, then market gardens.

The Coade stone portico was added to the classically square Georgian façade some years later. At the same time that Brunswick House was being extended, Vauxhall Pleasure Gardens were emerging as a cultural draw of Victorian London hosting composers including Handel and painters such as Hogarth. In 1791 the house was divided into two; the larger or southwestern portion was leased to a David Hunter and the other portion was leased to a William Anderson.

In 1811 Anderson's half of the house was bought by Friedrich Wilhelm, the Duke of Brunswick-Wolfenbüttel, but he had little time to enjoy his riverside idyll. The Duke was a bitter opponent of Napoleon's domination of Germany and fled to England after taking part in the Battle of Wagram in 1809. He returned to Brunswick in 1813 to raise fresh troops, but two years later was killed at the Battle of Quatre Bras the same year, just a few days before Wellington’s victory at Waterloo.Learn More about the Duke of Brunswick-Wolfenbütte here.

Arrival of the railways 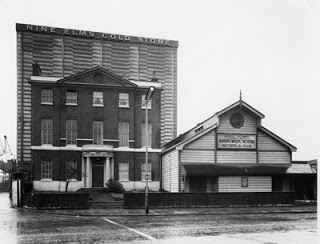 Twenty-five years later the railways arrived in Nine Elms Lane and Brunswick House lost its river views and then its gardens to a terminus for the new London to Southampton railway. Riverside industries spread and a gasworks and railways goods yards followed. The London and South Western Railway built its London terminus a few hundred yards away and Brunswick House was permanently cut off from the River Thames by the St George Wharf housing complex. All this ensuring Brunswick House and indeed Vauxhall, was no longer the rural idyll of eighteenth-century.

Hunter's half of the house was sold to the Gas Light and Coke Company in 1845 and purchased by the London and South Western Railway Company in 1854. The Duke’s part of Belmont House was also purchased by the Gas Company and sold to the Railway Company in 1855 as offices for the adjoining Nine Elms locomotive works employing 2,700 people in the early 1900’s. The house was then reunited into one house creating an area for railway staff on the upper floors. In January 1860 a fire severely damaged the eastern end of the building, but by the end of 1863 the Railwaymen's Club, officially The Literary and Scientific Institute, was opened on the upper two floors. The staff club was teetotal until 1901 but did offer many other entertainments.

The railways created a caretaker’s flat on the top floor of Brunswick House in 1900, and during the second World War, army units were stationed. Once the temperance movement influence faded the railway club installed a bar on the ground floor and a large bar in the concert hall. Concerts and dances were held in the concert hall which was built in 1890. A lending library opened on the first floor.During World War II an army unit was stationed on the first floor of the building to protect the goods yards. ENSA concerts were held in, and Workers’ Playtime broadcast from the concert hall. 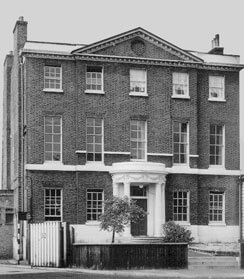 1956 brought the demolition of the gas works, which had occupied the land between Brunswick House and Vauxhall Bridge. Rumours have circulated over time that Brunswick House was a secret meeting place for spies based in Lambeth’s Century House. MI5 and MI6 staff and police would meet at the club, apparently because they were concerned that their own buildings were bugged.In 1967 the Nine Elms railway yards closed and British Railways handed the Brunswick House over to the staff association, but the 1970s was a decade when the house was a risk from developer’s who wanted to see it demolished and replaced. The survival of Brunswick House through these difficult times was assured in 1973 when it was granted a Grade II listed building status.

A new century, a new start

The house remained in railway ownership for 150 years until 1994, when John Major’s government privatised the railways and the British Rail Property Board sold the building to the staff association. The Railwayman's Association sold the House in 2002 to a property developer. The house then fell into an advanced state of decay, stripped of much of its interior and suffering from vandalism. In 2004 the house was sold to Lassco, a property developing company who salvaged the property, bought it back to life with a thriving venue business that offers a Georgian sense of elegance