Other old Georgian Houses in London

Around the UK there are a number of towns and cities where you can see examples of Georgian architecture. In London there are also Georgian Houses that are open to the public. Some of these were fashionable retreats on the edge of the capital, some broke the boundaries of architecture of the day and some were built in the very centre of the capital. 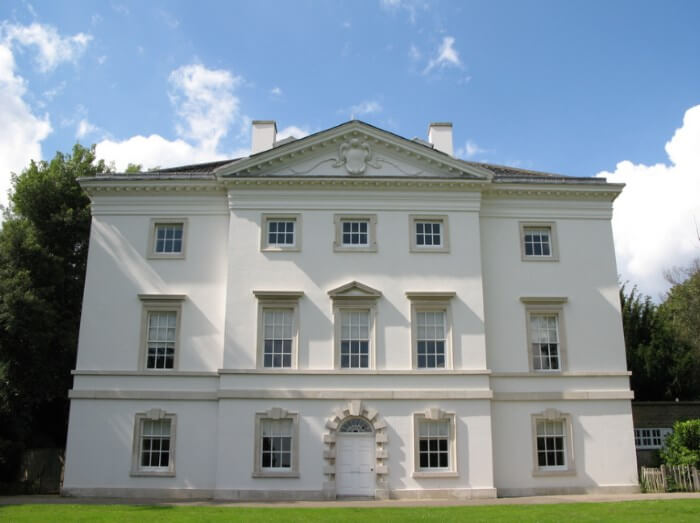 King George II chose Marble Hill as his fashionable retreat from crowded eighteenth century city life with his mistress Henrietta Howard (1689–1767) when he was still Prince of Wales and friend to some of the smartest men in England including Jonathan Swift, Alexander Pope, John Gay and Horace Walpole. Close to the river in Twickenham, West London, this Palladian villa is both secluded and grand, being set in 66 acres of riverside parkland. The interiors have been beautifully restored and recreated, making it easy to imagine the atmosphere of fashionable Georgian life. The house also has a stunning collection of Georgian paintings, including one of the woman the house was built for. In her own right, Henrietta Howard was a remarkable woman. Orphaned aged 12, she was married aged 16 to a drunk and a gambler, and from quite a young age was partially deaf, but overcame these challenges to become one of the most liked ladies of the royal court. 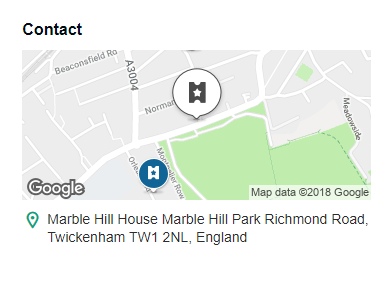 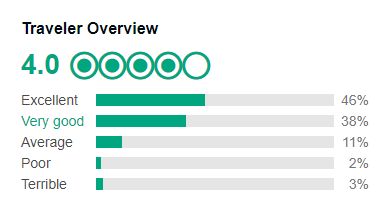 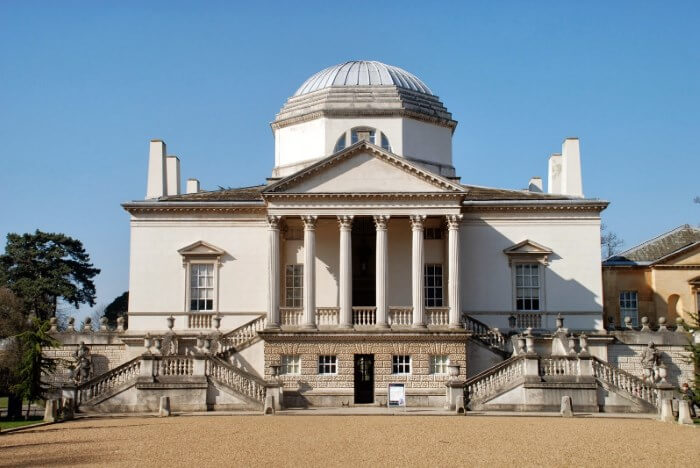 Built between 1726 and 1729, Chiswick House in West London is a wonderful example of eighteenth-century British architecture. Designed by Richard Boyle, the third Earl of Burlington and the architect and designer William Kent, this Roman-style Palladian villa, drew inspiration from their Grand Tour, breaking the boundaries of design at that time. It is considered to be not only a bold architectural experiment but also the most important neo-Palladian villas in England. Fashionable in England at the time was the Baroque style, but Burlington and Kent favoured a simpler, symmetrical design based on Italian classical architecture. They championed the work of the Venetian architect, Andrea Palladio and Chiswick House was one of the earliest English examples of what is called “neo-Palladian” style. 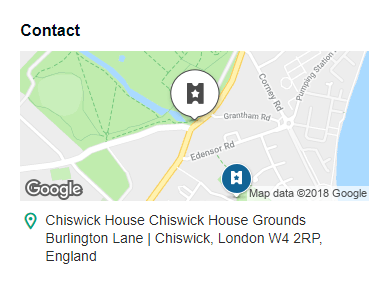 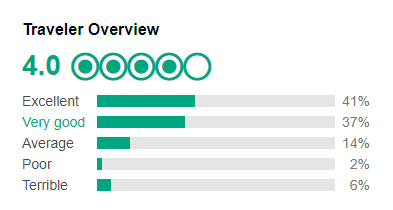 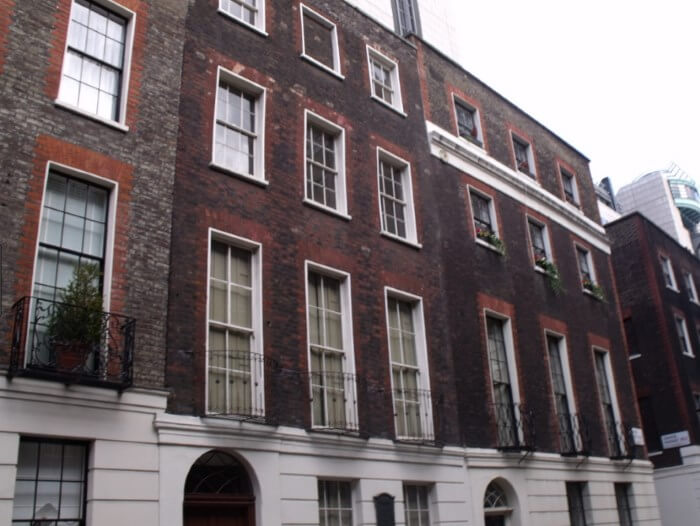 36 Craven Street is a simple, yet beautiful eighteenth century house that has welcomed famous names across the centuries. It was the London home of the US statesman Benjamin Franklin, the only statesman to sign all four copies of America’s Declaration of Independence, and the ‘father of electricity’. Franklin lived here for 16 years, only going back to America to see his family once. It is now the only surviving Franklin residence in the world.36 Craven Street is a Grade I listed building. Like most of the houses in the street, it is three storeys above ground with a basement and iron railings that are contemporary with the house, built around 1730-1735. The house retains many of its original features, including the staircase, floorboards, wall panelling and fireplaces. 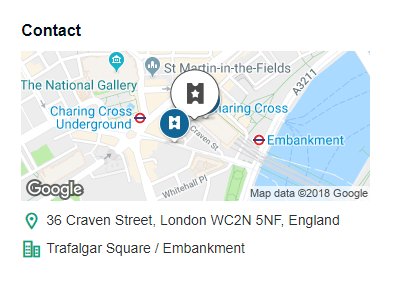 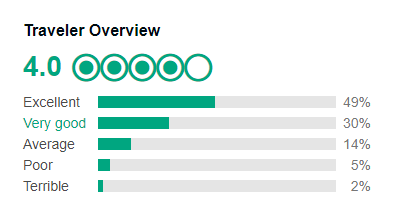 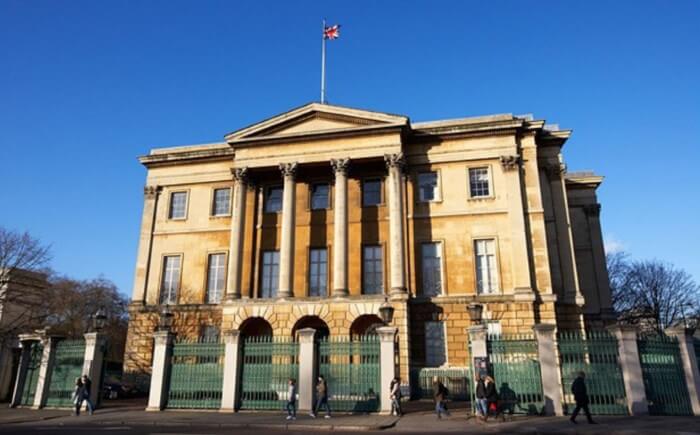 Originally designed and built between 1771 and 1778, Apsley House was commonly known as Number 1 London. It was designed by the fashionable architect Robert Adam (1728–92) for Lord Chancellor Henry, first Baron Apsley, who later became the second Earl Bathurst. Adam had to design the house around an existing stable block on the east side, which explains the irregular floor plan of the house. Bathurst negotiated for the lease of land from the Crown so that he could build his new house in Piccadilly, at the formal entrance to Hyde Park, which was crown land. Apsley was the first house on the north side of Piccadilly, located opposite a turnpike with toll houses, and consequently it became known as ‘Number 1, London’. Its correct postal address is now 149 Piccadilly. The original house was a five-bay red brick building, with a spacious entrance hall and central colonnaded oval staircase. It was once the home of the first Duke of Wellington and now houses an impressive collection of art including paintings by Velazquez and Rubens. 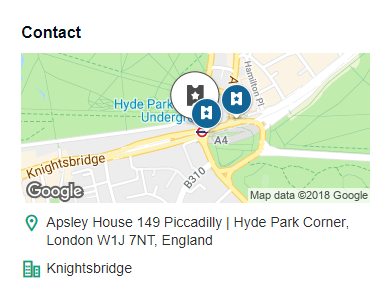 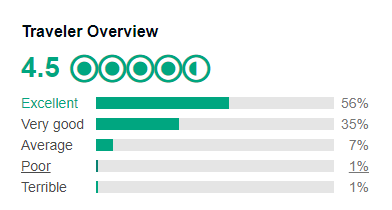 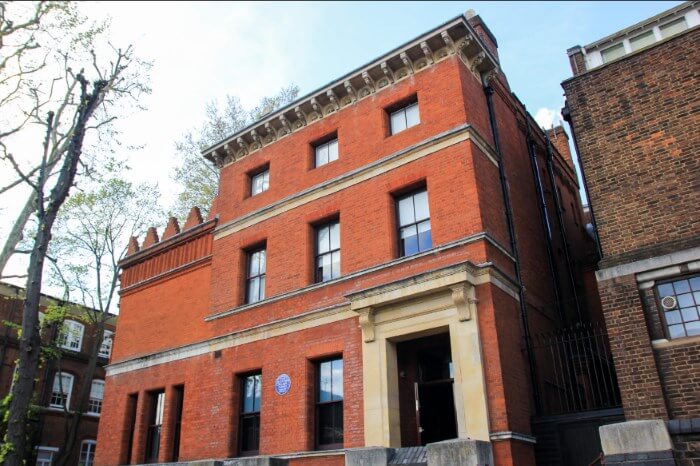 Leighton House Museum is the former home of Frederic, Lord Leighton, a Victorian artist who built the house to his exact specifications. Work started on the house in 1865 and continued over the next 30 years so that it slowly became a ‘private palace of art’. The Arab Hall extension has a golden dome, intricate mosaics and walls lined with beautiful Islamic tiles. Leighton’s famous Winter Studio was huge and covered with paintings at all stages of completion. It was in this room that many prominent figures of the time were entertained, including Queen Victoria in 1859. Leighton House is the only purpose-built studio house open to the public in the UK and contains artwork from the late nineteenth century by both Leighton and his contemporaries. 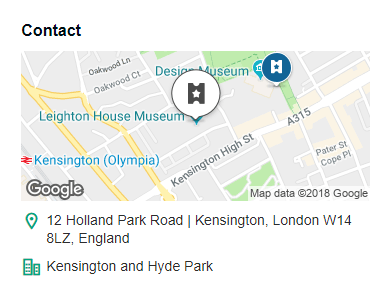 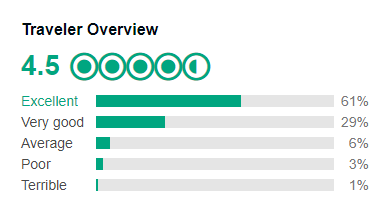